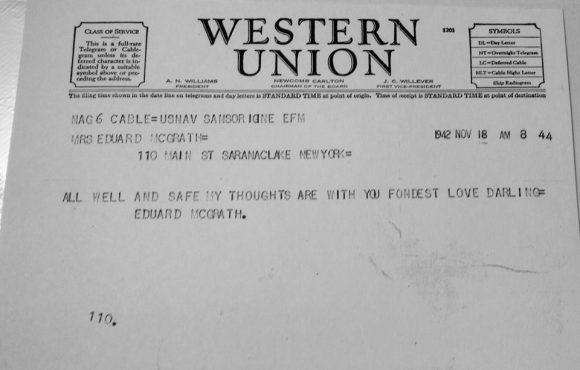 Anna Elizabeth Hubert was born on August 11, 1914, in Newark, New Jersey and died on August 27, 1956, in Saranac Lake, New York. She was my grandmother. She had two brothers, John and  Edward, and one daughter, Mary Ann, who was my mother.

Anna worked in a hospital and contracted Tuberculosis, which is how she ended up in Saranac Lake where she received treatment at Trudeau’s sanatorium. She was in Saranac Lake on November 18, 1942, when she received a telegram from her husband, Edward McGrath, who was on a layover in England before heading home on the troop transport SS Coamo. His message to her was short but very sweet,

She was still in Saranac Lake when she learned that his ship had been lost at sea; when Army Chief of Staff General Marshall sent her official condolences; and also on December 15, 1943, when Secretary of War Henry Stimson wrote advising her that a Purple Heart had been awarded posthumously to her husband, explaining:

The medal, which you will receive shortly, is of slight intrinsic value, but rich with the tradition for which Americans are so gallantly giving their lives. The Father of our country, whose profile and coat of arms adorn the medal, speaks from across the centuries to the men who fight today for the proud freedom he founded.

And she was still in Saranac Lake on November 23, 1948, when a letter came confirming that my grandfather died when a German U-Boat torpedoed the Coamo.

While my grandmother was dealing with her disease and the loss of her husband, my mother was in Islip Terrace being raised by her grandmother, Katherina Hubert, and her uncles, John and Ed. They also served during the war and John would return home seriously injured, walking with a limp and unable to use his left arm and hand.

My grandmother died before I was born, but John and Ed and their children and grandchildren were an important part of our family. In the late 60’s and early 70’s we spent our summer vacations visiting John and Ed in Islip Terrace. Some of the best times we had during those visits were trips to John’s beach house in Fire Island Pines, which we reached by taking the Sayville Ferry. Although I didn’t realize it at the time, we actually witnessed first hand the conversion of the Pines from a place with a sign that proclaimed “Welcome to Fire Island Pines — A Family Community” into the much more sexually liberated, tolerant and diverse community it is today.

There were no cars on Fire Island because there were no roads. Instead there were only boardwalks and everyone used red Radio Flyer wagons to carry groceries and beach chairs and towels. We were often joined by John’s grandchildren and together the seven of us would fish for eels off the harbor dock or wade into the Great South Bay and shuffle our feet to find clams, which my dad would steam for dinner. I learned to body surf on the Atlantic side of the island and first read about the adventures of Ian Fleming’s James Bond from paperbacks I found on the bookshelves that lined the walls of the beach house.

We were there in the summer of 1968 shortly after the musical “Hair” opened on Broadway and also in the summer of 1969 when Oliver’s rendition of Good Morning Starshine became a hit. Sometime after that a decision was made to play the song over the loud speakers set up around the harbor every morning at 7:00 AM.

John’s house was close to the harbor and that song served as our alarm clock, welcoming us each morning to the start of another amazing day on Fire Island with my mother and her Uncle John. 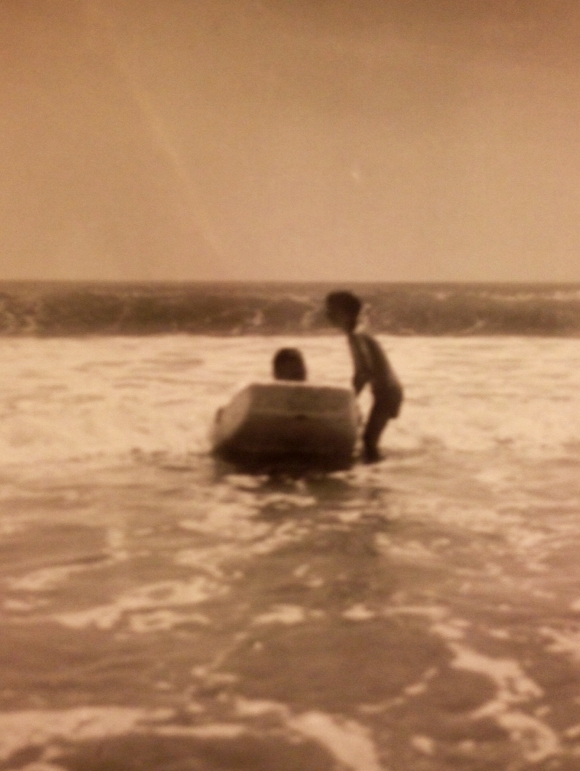 I visited Long Island this weekend to attend a wedding and remembered a conversation long ago with my late mother, Mary Ann McGrath Hoskins, about her father who had died in the North Atlantic during the early days of WWII. According to my mom, Central Islip renamed streets in honor of its war dead, and a street had been named for her father. Although I’d spent many summers on Long Island as a kid, to my knowledge we had never visited the street. On July 6, 2013, with the help of Google Maps, I found it after a five minute drive from the airport: 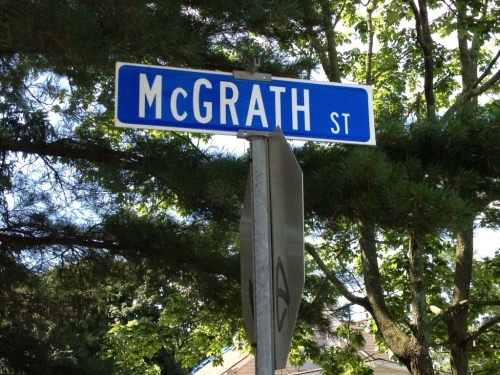 Edward F. McGrath was born on April 24, 1912, in New York, the son of Andrew R. McGrath and Winifred M. Mulrooney. He was the fourth of six children. He enlisted on June 4, 1942, at Fort Jay on Governor’s Island in New York. He had previously worked as an attendant at the Central Islip Asylum

Winifred was born in 1876 in the Irish Free State, and emigrated to the US through Ellis Island as a passenger on the ship Ethiopia, a British flagged ship built for the Anchor Line, which set sail from Londonderry in late July, 1899. 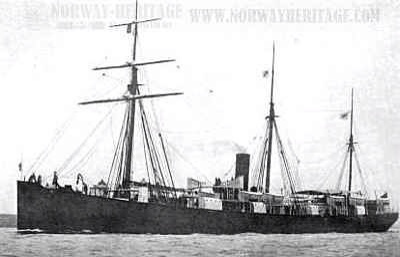 Forty-three years later her son, my grandfather, was lost at sea aboard the steam passenger ship Coamo, after it was torpedoed by U-604, while desparately trying to make it home to New York. 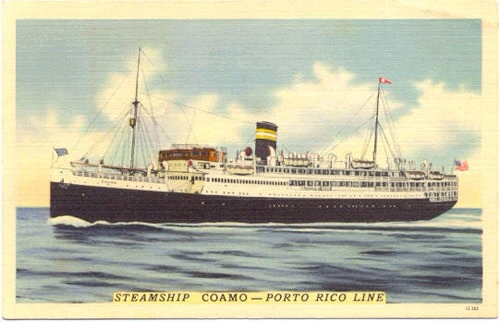 The Coamo was sailing as part of convoy MKF-3 and was about 150 miles west of Ireland when it left the convoy on orders of the British Admiralty and proceeded independently towards New York. At 10:18 PM on December 2, 1942, U-604 fired one torpedo from 800 yards at the Coamo that was traveling at 17.5 knots. The torpedo struck under the bridge and caused her to sink in about five minutes. The ship had eleven officers, 122 crewmen, 37 armed guards and 16 US Army passengers on board.

A few men were seen leaving the ship on rafts but they were likely killed in the gale that swept the area for three days beginning on December 3rd. This was the greatest single loss of a merchant crew on any U.S. Flag merchant vessel during the Second World War.

By my count, twelve families now live on McGrath Street in Central Islip. This is the story of how their street got its name.