Reading through the Athlete’s Guide to the 70 mile triathlon I recently completed, I was drawn to the admonition that “Triathlon is an individual event.” I found this a little ironic given that there were nearly a thousand athletes signed up for the event which would begin with hundreds of us thrashing through a tiny swim course at the same time. Once I crossed the finish line, though, I appreciated just how true those words were.

In all my previous long distance swim events I was one of a group of friends who trained, competed and celebrated together. This one was different because I came to the triathlon alone that day and, while waiting for the swim to start, regretted it deeply. I was nervous, a bit scared and needed a friend to talk to and keep me from worrying about what lay before me. Unfortunately, despite being in a crowd of hundreds, I was alone.

Then, as I walked slowly to the water’s edge, the person behind me asked why I had chosen not to wear a wetsuit. When I started to answer he interrupted me. “Dave,” he asked after hearing my voice, by which time I realized that the question had been posed by an old friend who had been walking behind me the whole time.

Glenn and I worked together in the mid-90s, but had not stayed in touch after I left to start my own firm. After recognizing each other we laughed a bit and then spent the next ten minutes reminiscing about the times we used to run together during our lunch hour. Our conversation put me at ease and I felt relaxed and confident by the time we reached the water’s edge, wished each other good luck and started the swim.

The swim was crowded with people all around me at all times. No matter how many swimmers I passed, others remained in front of me. During the bike ride it also seemed that there were always other racers close by. Some were ahead of me who I caught and passed and others seemed to fly by me effortlessly never to be seen again. There were still others on the horizon who I would never catch but with whom I would keep pace throughout the 57 mile ride.

The run was different. By this time we were all exhausted and struggling to finish. We were all in the same battle, but were each fighting it alone.

I didn’t see Glenn again until he crossed the finish line a few minutes behind me. We congratulated each other and made plans to run together again. And last week we did just that.

Together with another old friend, we started at my office and ran through the Inner Harbor past the carousel that Abby loved to ride when she was younger. We continued jogging around the harbor and behind the Domino Sugars factory before making our way back. 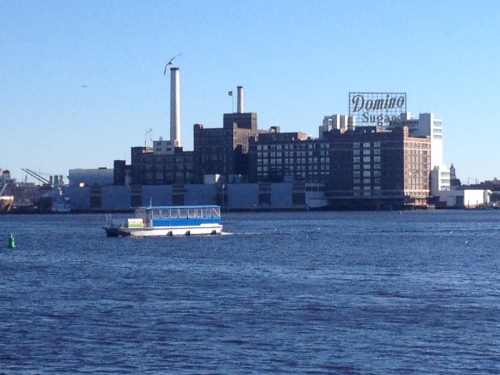 Our run together brought back fond memories of the times over the years when I have had the opportunity to run with friends, first while stationed at the Pentagon and then when Glenn and I worked together. And while I look forward to running with Glenn again, the reality is that over the next several months more often than not I will run this course alone.

And that’s the way it should be.