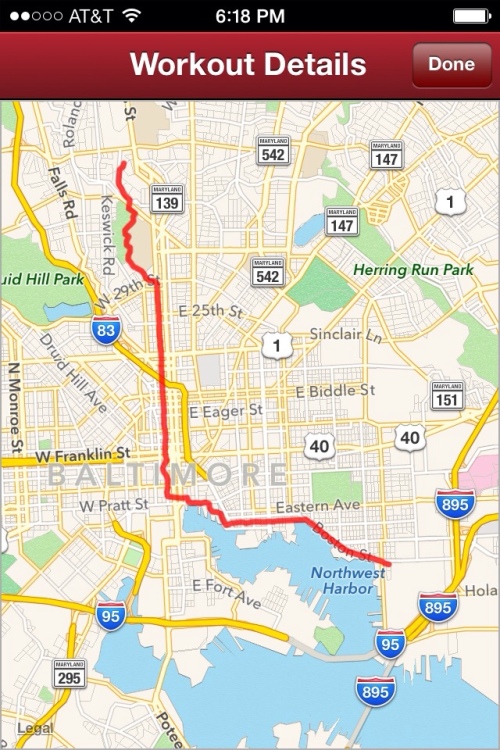 On October 1st, I moved into a new office in the heart of downtown Baltimore and stopped driving my car to work. Sometimes I take the bus or catch a ride with Kathy, but most days I ride my bike.

With the shorter days much of my riding is done when it is dark outside. When I swim in the evening, my trip home starts at 9:00 PM.

Leaving downtown, I bike up Charles Street past the Washington Monument. At Mount Royal the traffic lights rise to a hillcrest at 28th Street and look like runway lights inviting a takeoff. 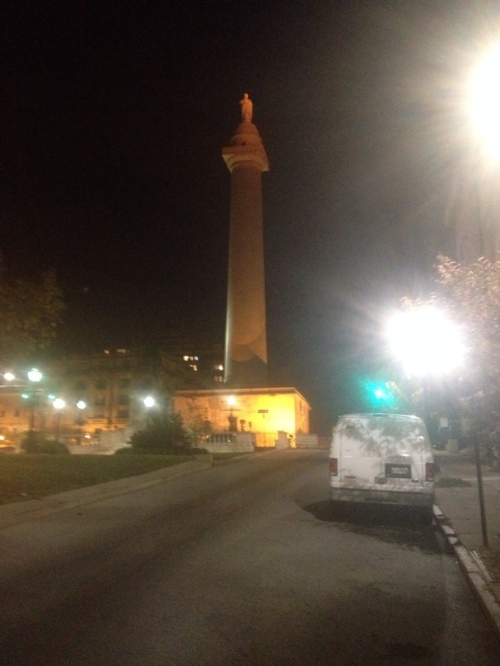 At Penn Station I catch and pass the number 11 bus but it passes me at North Avenue. A large line of riders waits at 25th Street and I beat the light while the bus loads. It does not catch me again this night.

At 29th, I cut behind the Johns Hopkins campus and wave to the security guards I pass on San Martin Drive. Tonight I surprise two deer who have strayed onto the campus from nearby Wyman Park.

I arrive home forty-two minutes after leaving swim practice and turn off the front porch light. 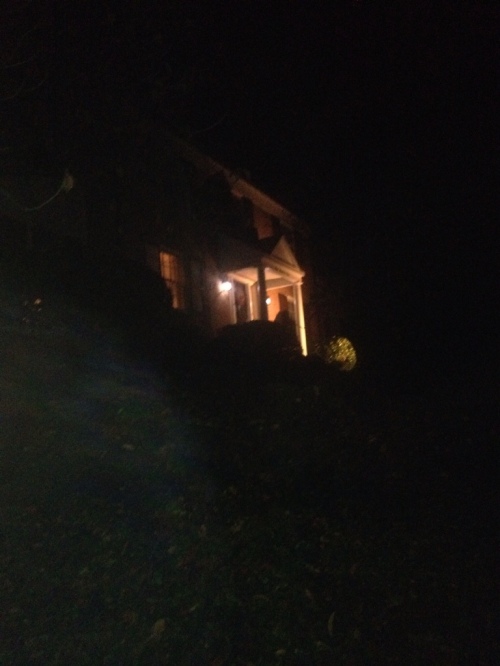 The nicest swimmer you’ll ever meet

Tim Methric is the nicest swimmer you will ever meet. He is the founder and inspirational leader of the informal “Charm City Masters” swim team of which I am a proud member. If all goes as planned, next weekend he will move from Canton to Ellicott City.

Tim was born on April 1st in the bathroom of the house where his parents still live. That one sentence explains a lot about Tim. He is the type of guy who can’t wait to get started, whether on the deck before a routine practice or on the shore at the start of a long open water swim. “Let’s do this,” he’ll proclaim and then we are off and swimming. Tim out in front and the rest of us trailing behind. At the end of the swim, his is the first face you will see, smiling and offering encouragement as the rest of us finish.

Tim moved to Canton four years ago to accept a temporary teaching position at Towson University. He liked Baltimore so much he decided to stay after he finished at Towson. A life-long swimmer, he quickly joined a Masters swim team. He started with the team a year before me, at a time when it had different coaches. That team was vibrant, full of strong swimmers and tri-athletes who welcomed Tim to his new home. He met his best friend on that team and in several weeks will marry her.

Unfortunately, the team fell apart shortly after I joined, when new coaches were hired and new rules were imposed by the owner of the pool. Tim stayed on after almost everyone else left and over the last three years has been instrumental in our team’s rebirth.

Tim trains with passion and the example he sets has inspired me to work hard and follow him, first up the Hudson River and then on a seven and one-half mile swim across the Potomac. I have written about how Bruce and Abby taught me the joy of swimming. Tim taught me to believe in myself as a swimmer, and that confidence has made all the difference.

And for this I offer my thanks to Tim and my best wishes to Tim and Kathleen as they begin their next adventure, together. 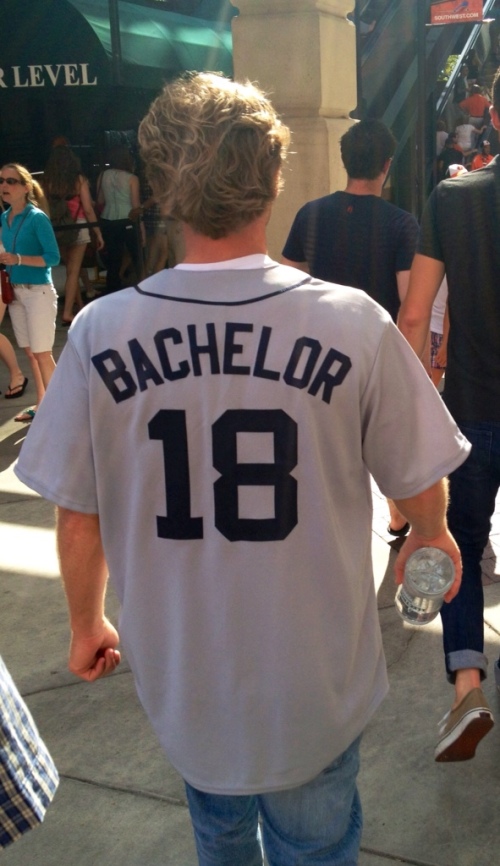