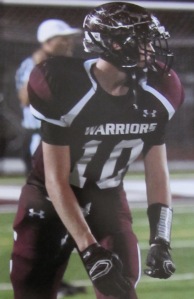 My brother lives in the house where I grew up and when we were younger we used to throw the football to each other along the driveway that cuts through the back yard.

I always wanted to play football but never was good enough. When I played catch with others I dropped more passes than I caught. But when the two of us played along that driveway it was different. He knew just the right touch to apply to the ball and whatever he threw to me I could catch. We would run imaginary pass plays from the time we finished our homework until our mother called us in for dinner.

He would later play high school football after I left for college and I often wondered what it would have been like, had there not been a difference in age and in skill, to have played as brothers on the same football team.

Last week his two oldest sons did just that, starting at quarterback and receiver. I was unable to make it to the game but listened to the local radio station’s play-by-play over the Internet while in Chicago. I marveled while listening at how well Tommy and Alex seemed to play together. Although constantly under pressure and close to being sacked, Tommy always seemed to get the pass off in time and to find a wide open Alex for a completion and good gain. Their team lost that night but not before Tommy set a new school record for passes attempted. Alex caught 8 of those passes for 80 yards, one reception short of another school record.

Alex played both offense and defense and late in the third quarter was slow getting up from the turf after blocking a pass thrown into the end zone. I would learn later that Alex injured his kidney during that play and would spend the next several days recovering from surgery in the hospital. He is fine now and expected to make a full recovery but will not play football again this season.

I am typing this while seated at the kitchen table in the house where I grew up. Tommy has already left and in a little while Alex and I will make our way to the field and watch this year’s Homecoming game from the stands. And while I regret that I never got to see Alex and Tommy play together, I know that Tommy will play his heart out tonight, that Alex has many great games ahead of him and that they will always have the driveway. 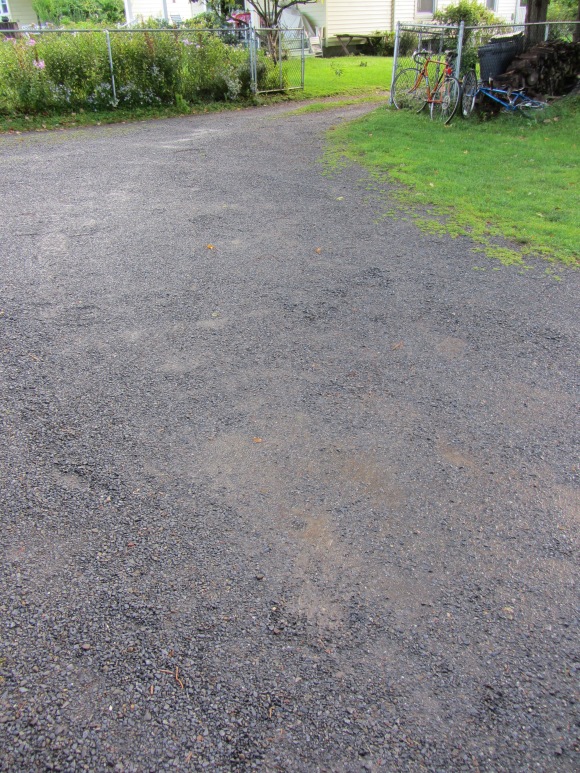